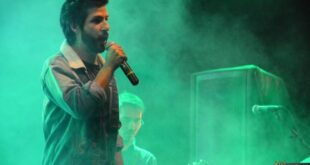 Soul of a singer 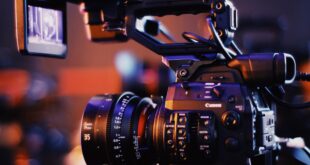 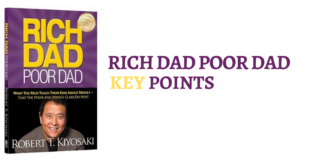 A Pakistani freelance engineer hailing from Sarghoda city comes to Islamabad for his Intermediate education, he always had a thing for online earning. He did his engineering in the field of electrical. While he was doing his bachelors degree he started his Fiverr journey, the journey was not easy, but he had a goal he wanted to achieve since he was a young boy. He didn’t give up, he started in 2016 and now it is 2020, now that is four years of hard work.

He also worked for Wi-tribe Pakistan, but in 2018 he left his job and took freelancing as a full-time career. Also, he started his MBA along with freelancing, which gave him managerial skills, like how to manage clients. He also started his own business B&U farm, but he decided to close that business, according to him it was a good experience.

Now let us talk about the journey to $10,000/month, we will guide you step by step on how he became such a huge success and will give you guys some tips and tricks to help you further strengthen your portfolio.

The journey of this Pakistani freelance engineer started back in May 2016, at that time he started making networking assignments for other people, but it was an illegal thing to do. Along with that, he started learning how to edit videos. He started making $5/order, and for three years he earned $5-10/order. As he started to get deep inside the field, he learned other skills as well, like logo making, Video Ads, etc. Now his selling price is more than $100/order, now that’s amazing form $5/order to $100/order. The lesson here is that never lose hope, never give up be consistent and you will achieve your goals.

His friend once mentioned the website, as we said earlier that he was interested in making money via an online source, in his childhood he used to search “how to earn online?”, he was intrigued by this website and he thought let’s give it a go and see what happens. He created his Fiverr profile. From that moment he never looked back, and now he is one of the top sellers in his niche.

The first problem he had was a poor internet connection, which nowadays is not a big deal as we have fast internet connections much better than it was 3 years ago. Secondly, as he was a freelancer the banks rejected his application to open a bank account, but luckily his father worked in a bank so thanks to him he was able to set up his bank account. Back then there were issues with PayPal, and since it doesn’t operate in Pakistan, the money transfer procedure had many issues. He always had reservations that this is an online platform and it can go down any minute due to any reason. But again, he was sure that if you have a skill, the freelancing world is for you.

Back in 2016, there was no saturation in this field. He got his first order within a week. But now he urges the newcomers that come with good command on your skills and you must be patient as nowadays it takes some time to get that first order. Again, don’t lose hope be patient, and keep on changing your Gigs according to the trends.

6. How to manage workload:

In the beginning, he used to work alone, but later on, he hired a guy and helped him set up a profile and helped him in the learning process, now that guy is a level 2 seller on Fiverr. As now he has completed his MBA, he has all the time. He now handles everything himself, and if the workload is too much he just outsources some of the work.

In the end, it all comes down to your skill, patience, and hard work, remember this guy started with just $5/order and now by the Grace of Almighty he is making $100/order. His success story teaches us many things, most important of which is to not lose hope and keep learning as Robert Kiyosaki said in his book Rich Dad Poor Dad

Finally, I’m gonna reveal this Pakistani freelance engineer, his name is Bilal Masoud and his Fiverr ID is https://www.fiverr.com/graphics_quee. Go see for yourself and check his gigs and get ideas from his gigs, surely it will help you.