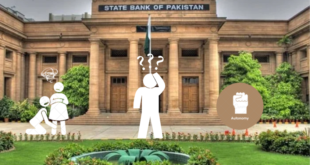 The country of a 220 million population is suffering from hyperinflation. Recently, the government of Pakistan has raised the prices of petroleum products by almost 40%. The sharp plummet in the economy is because of sheer mismanagement, the country’s foreign reserves and current account balance took an acute fall. The severity of the situation can be gauged by the announcement of an economic emergency by the government. Petroleum products hold an instrumental place in the economy of Pakistan. It is one of the major import products, as it reached $12.94 billion in the first eight months of the fiscal year 2022. Similarly, with a 100% increase in imports of petroleum products, the trade deficit of the country crossed $43.3 billion in eleven months of the current fiscal year. Therefore, it can be said that the increase in consumption of imported petroleum products is a death knell for Pakistan’s economy.

Moreover, the increase in petroleum prices has severe consequences, as it increases the fares of public transport, selling cost of the local products, and expenditure of a household, while the income remains the same. The recent increase in petroleum prices incensed the whole population, as it took people back to the queues at the petrol pump. In the month of February, due to the war between Russia and Ukraine, petroleum prices increased abruptly and touched $ 130 per barrel. To minimize the effect of an increase in international prices of petroleum products, the then government of PTI decreased the price of petrol by Rs 10 per liter and fixed it at the rate of Rs 149 per liter till 30th June 2022. The former finance minister, Shaukat Tarin, on 12th March, stated that the government will provide Rs 104 billion per month for subsidies on petroleum products. However, the current government discontinued the subsidy and raised the price of petrol by  Rs 60 in the last week which led to the hue and cry in the country. This act of government, under the influence of the International Monetary Fund (IMF), faced criticism from all spheres of society, as it exacerbated the dire state of the common man.

At the time of the subsidy announcement, the former finance minister postulated that the government will bear the cost of Rs 300 billion for providing subsidies on petroleum products for four months- till 30th June. As per the recent reports, in the three months, from March to May, the government paid Rs 227 bn in subsidy, also called price differential claims, to oil companies. It led to the question that either subsidy on the petroleum products was in favor of the economy or not? There is a proposition that this petrol subsidy was for elites of the society; however, the country has 15 million motorcycles that are used for personal and commercial purposes. Moreover, the petroleum products consumed by public transport are also comprised of huge chunks and public transport is used by the majority of the middle and lower-middle-class of the society. Though the impact of the subsidy could have been minimized -if Pakistan had purchased petroleum products from Russia at a discount rate, yet it was a burden on the country- as the economy is on the verge of collapse.

The government was wrong in providing subsidies to all, as it was supposed to cater poor instead of the rich. Pakistan is not a wealthy state, it is a state that has a 39.2% population in poverty (as per the world bank), it is a state that borrowed twenty-four times from IMF, it is a state that fought a war on terror –lost 80,000 people and suffered economic losses of billions of dollars, it is a state where elites caused $ 35 bn of non-essential imports -since 2018. The state could have utilized the Ehsaas program to reach deserving people rather than spending enormously on subsidies that were catering majority of elites. To conclude, it can be said that with this level of sheer mismanagement, increase in consumption of imported petroleum products is a death knell for Pakistan’s economy.