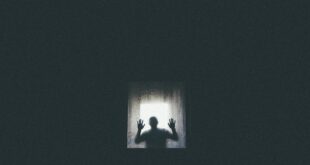 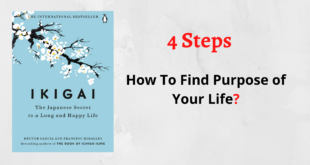 How To Find Purpose Of Your Life | Ikigai

Malcolm Gladwell is the author of “Talking to strangers”. It is considered to be one of the best books of 2019. He is also author to many other best-selling books like Outliers and Blink. All the key points of Talking To Strangers are summarized in this article.

It started with the story of a girl, driving on the highway on a sunny afternoon, she was pulled over and arrested on a mere traffic violation and that arrest led to a horrifying incident in the shape of her death. Malcolm Gladwell has highlighted, how wrong we are in dealing with strangers. He gave us the reasons which make strangers difficult to understand, these reasons are Truth Default Theory, Myth of Transparency, and Coupling.

The author has explained the theory of Truth default, which states that like the default settings of the electronic gadgets human beings also have a default assumption that people we are dealing with are honest. According to an experiment on an average 54 % of people were successful in detecting lies which is terrible as these people included Judges, Police officers, and therapists. As per the author, we only stop believing if we have evidence that people are lying.

Here author mentioned the example of the queen of Cuba, who was working for a long time in American intelligence services as a Cuban spy until she was caught. Why she went so far as a spy? Because truth default theory made everyone believe that she was honest and no red flag was raised on her. While the author gives an argument that as the majority of people are on default truth, some people are holly fools as well. They have a different perspective of seeing a situation due to which these people can catch a spy like a queen of Cuba. So the presence of both truth default and holly fool type people are necessary to maintain the balance of life, otherwise, the misbalance will cause anarchy.

This is the second reason as per Malcolm Gladwell, which addresses our mistakes in dealing with strangers. The myth of transparency has shadowed our lives so much that we expect everyone to express the same impression on their faces as per their feelings. In real life, it is not necessary that someone shocked inside is shocked outside as well. The mismatch between inside and outside lets us do a mistake. The author has explained this concept with many real-life examples.

One of the example in this book is of Neville Chamberlin and Adolf Hitler. Neville Chamberlin was the Prime minister of the United Kingdom, he wanted to avoid the World War 2 and after meeting with Hitler a couple of times he thought he succeeded in his goal. But Adolf Hitler was a mismatch, he was friendly outside and bellicose inside. This myth of transparency made Chamberlin unable to read the mind of Adolf Hitler. So we should accept that if a person seems to be happy, it doesn’t mean he/she is happy inside.

The author has also mentioned the concept of Coupling in his book which means that two things are interlinked with each other. Similarly, the behaviour of human beings is linked to some conditions and circumstances. In simple words, your environment affects your actions. Malcolm Gladwell explained the concept of coupling with the example of the famous poet Sylvia Plath. She took her life with town gas which was enriched with carbon monoxide at that time. At that time the suicide rate was quite high because life taking gas was effortlessly available in every house. When the United Kingdom replaced the town gas with natural gas, the suicide rate dropped exponentially. This shows the coupling of suicide with life taking gas. So to understand strangers you should keep this point in mind, which will help you to better apprehend their situation.

These are the concepts explained by Malcolm Gladwell in his book “Talking to Strangers”. It is a must-read book as Robert Kiyosaki wrote in his book Rich dad poor dad that investing in your mind is the best investment. We are looking forward to your suggestions and comments to improve our content. Feel free to email us if you have any queries.